Geekway to the West© Report

Geekway to the West© Report

May 24, 2019 Posted by Madeline Davis Uncategorized

Geekway to the West is an annual convention lasting four days and featuring 24 hours of “Peace, Love, and Board Games!” It is held in St. Charles, Missouri, located just west of St. Louis, and has quickly become a staple for Midwest gamers. As of 2019, Geekway has held fifteen of the large, yearly conventions, with several mini and micro conventions in between. This year’s convention sold out quickly and attracted over 2,000 gamers.

There are several aspects of Geekway to the West that make it stand out and causes it to grow in popularity each year.

Staffing for any event can make or break it – they set the tone and can bring even the most introverted gamers out of their shell.

Geekway’s staff went above and beyond. The volunteers at the registration table, game library, and Play-to-Win room were happy and helpful. My only caveat – the second-day volunteers seemed to have a better grasp on the system, were less busy, and were able to chat and geek out with us more, especially later in the day. Be prepared, on that first, busiest day (Saturday), the volunteers will be in work mode and not play mode. They may not want to chat about the game you just played but will make sure everything is put back neatly and you are assisted in every way possible.

We had limited interactions with the organizers of the event but could tell that they were having a blast and were right in their element.

From the moment you walk in the door, you receive two free games. One of the games you receive at the door won the design competition at Geekway the year before.

They also have large door prizes that you can enter your name in. Every year, they do this a little differently. For this year, they had four large options you could put your name in: Giant Azul, 3D Catan, War of the Rings Collector’s Edition, and a custom made game table.

This was something that several people, including us, did not love. Years before, they gave away several door prizes a day, which allowed for more chances to win. I would have preferred this instead of the four “grail” games/items.

The absolute best part of Geekway and what I believe makes it so unique is their large Play-to-Win Library. It is exactly what it sounds like: you check out games, play them, and can enter to win them. The library consists of several copies of the popular games from GenCon© or Essen©, such as Wingspan, as well as the classically popular games, like Stone Age. After you’ve finished playing, you return the game to the library and can enter the players’ names in a drawing. On Sunday, when Geekway ends, hundreds of names are drawn and hundreds of games are given away. This year, they had enough games for 1-in-4 attendees to win – if you win one game, you are taken out of the running for other games. Two people in our group of six won games – The Lady and the Tiger and Mystic Vale – which was very exciting!

As far as I know, Geekway purchases a lot of the games for the Play-to-Win Library, but I heard that may publishers also donate new copies of the games. Overall, this is a pretty genius marketing scheme: each game gets hundreds of plays by people who will then buy it if they do not win it. Half of our group bought Mystic Vale after really liking it, but unfortunately, not winning it.

The Play-to-Win Library allowed us to play a lot of new and popular games from the last few years. Check out some of what we played and my mini-reviews below!

I was obviously excited to try this game out if anything to see what all the hype was about. Additionally, because I work at TableTop, I get asked A LOT about this game – how it plays, if it is worth the price, etc.

Wingspan is beautifully done, has solid components, and a delightful theme that is endearing and educational. However, I would suggest playing this at a max of three players, as it can begin to feel cumbersome and repetitive. If you’ve played other Stonemaier games, you’ll be familiar with the weighty turns with lots of choices and little to no interaction with other players. Wingspan is no exception. For the light theme and fun components, Wingspan is deceptively complex. Like Stonemaier’s Scythe, the choices are simple but filled with strategy.

It is definitely a game I think everyone should try at least once and something I look forward to playing again.

Ah – I love a good puzzle, tetris-like game. Tiny Towns is a cute, “tiny” game that quickly left our group of town owners swearing when we realized we had not left enough room for our farm or cheering when the building material we were fretting over had finally been called. The many, colorful pieces add to the endearing quality of this game – you fiddle with your cubes and buildings while envying the seemingly perfect town next door.

Tiny Towns forced us to adapt, as each of our towns quickly evolved from our original plan. I thought I had everything planned out but quickly learned by turn three or four that I was so wrong and needed to just make stuff fit. As the game began to wrap up, we collectively felt the tension build as spaces filled with random buildings and haphazardly placed resources.

This game will not be for everyone. There is very little player interaction, especially if you play the “Town Hall” rule variant. It is also a game I can potentially see becoming tired after multiple run-throughs as certain players in your group will have a visual brain and dominate this game after just a few plays. It has a lot of potential for expansion and variety, so I don’t foresee this being a massive problem.

Tower of Madness has been around for about a year now, but this was the first time we got to play it. My husband is usually not a fan of dice chuckers, but he enjoyed Tower of Madness because you are able to change and affect your dice rolls through the use of spell cards and Unnatural Influence tokens. This creates variety in a light, casual game and mitigates the luck factor.

Tower of Madness has enjoyable gameplay with tense moments and is engaging for all players – even during other player’s turns, you are waiting to see what will happen and if they have to pull a tentacle. The novelty of the tentacles jutting out of the tower and the throw-back to Kerplunk makes Tower of Madness a light game that we will definitely be adding to our game shelf.


Geekway to the West is a growing, local convention. I would recommend it to everyone, but especially to families and new convention goers. It is a great gateway convention – it feels small, but offers a lot of the benefits of a larger convention. 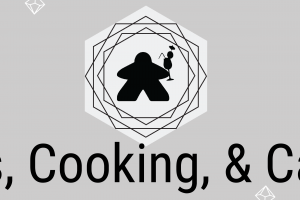 Want to take your game night from good to great?[...] 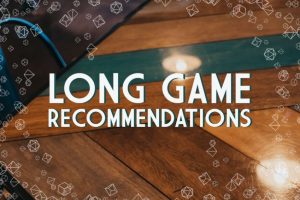 Looking to settle in for the day? Check out Cardboard[...] 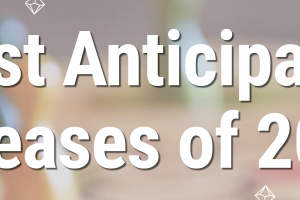 Most Anticipated Releases of 2020