Every day fantastic, world-changing events happen, altering the landscape of history. Most fly by, lost in the sea of time and information overload. Some dates, though, stand out, taking on lives of their own, forever enshrined in the collective human memory. Often these dates are remembered for a single, dramatic occurrence.

Sometimes, though, a rare gem stands out because that day seems to cloak itself in greatness, bearing witness to a host of extraordinary happenings and achievements.

This post is about such a day – one of the nerdiest, most glorious days of the year. Read on, see if you can guess the date, and join us in celebrating!

Battles are usually associated with brute force, but smart generals (and war gamers) employ engineers and tacticians alongside their stalwart soldiers. Roman General Titus knew this when he assaulted Jerusalem with siege weapons in 70 – one of the first recorded uses of battering rams in history.

Sometimes an invention transcends its once noble purpose to become a ubiquitous and fashionable part of everyday life. Such is the case with sunglasses – invented on this day in China in the year 1200.

A boon to letter writers, postmen, and philatelists, the first US postage stamps went on sale in New York on this day in 1847. Two varieties were sold – a 5 cent Franklin and a 10 cent Washington.

This was a landmark day for science, and eventually for clever bumper stickers. In 1858, the Linnean Society hosted the joint reading of Charles Darwin’s and Alfred Russel Wallace’s papers on the theory of evolution.

Movies about nerds – from The Breakfast Club and Pretty in Pink to Back to the Future and Spiderman – depend on connecting to shared life experiences like surviving high school.  None of those films would have been possible but for the invention of public school – the first of which opened in 1861 at Washington and Mason Street in San Francisco.

Zoos are often the first inspiration for budding nerds as they inspire intellectual curiosity and scientific inquiry. Also, PANDAS! The first US zoo opened its gates on this day in 1874 in Philadelphia.

We may think of the internet as the thing that brought people from around the world together, but long before that (well, just over 100 years before that), the telephone started us on that journey. On this day in 1881, the first international phone call took place between Calais, Maine and St. Stephen, New Brunswick.

Albert Einstein, a patron saint of all things nerdy, introduced his theory of special relativity on this day in 1905.

Fairly or unfairly, nerds are known for their love of soda – usually grape. But without the granddaddy of all fizzy drinks – Coke – there’d be no stereotype. On this day in 1916, Coca-Cola brought the current “classic” formula to market.

One of the most sacred weeks in American pop culture – Shark Week – got its spiritual start tragically on this day in 1916 when the first of four fatal shark attacks took place off the Jersey shore. The death of Charles Vansant, aged 25, died from his wounds, contradicting the previous notion that sharks wouldn’t harm people and launched a frenzy of fear about sharks that persists today.

In a laudable display of commitment to a passion, the Robins – later Dodgers – broke the state law against Sunday games and played their first MLB Sunday match-up on this day in 1917. The team’s owner and manager were arrested but got off with fines.

On this day in 1934, the first full-body x-ray in color was taken of a human in Rochester, New York.  SCIENCE!

Many of us cut our geeky teeth on TV shows – BSG (either one), Star Trek, Buck Rogers, Game of Thrones, MacGyver, or Netflix Originals like Jessica Jones et al. None of that would have been possible but for this day in 1941 when the first commercial television licenses were granted to New York City stations that would later become NBC and CBS.

People think of gaming, and most of nerddom, as male-dominated arenas. But in 1972, the very first issue of the notably feminist periodical “Ms” – founded by Gloria Steinem – published its first issue, and featured Wonder Woman on the cover. Lady nerds FTW!

Nothing says nerd like bleeding edge tech. One of the most iconic symbols of the birth of the tech boom – the Sony Walkman – was introduced on this day in 1979.

American Space exploration – from its beginnings in the 60s to the spectacularly successful missions of the modern day – has long been a hallmark of our nation’s ingenuity and innovation. On this day in 2004, one of the most remarkable undertakings of the modern era hit a key milestone with the Saturn Orbit insertion of the Cassini-Huygens craft.

What do all these events have in common?

They share a birthday with the TableTop Game & Hobby.

On July 1, 1994, Phil Kilgore welcomed the shop’s first customers into what would become a haven and sanctuary for people who love games and all facets of the gaming hobby – and for their families and loved ones.

This author hasn't written their bio yet.
Laura Croston has contributed 1 entries to our website, so far.View entries by Laura Croston 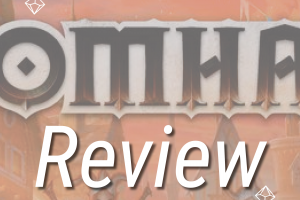 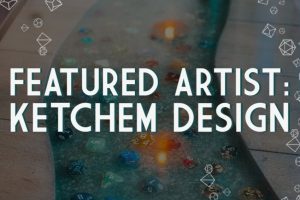 Custom furniture, decor, and signs. Those one of a kind[...]

Greetings Cardboardians! My name is Ryan, Aka the Clever Rhino[...]