Every gumshoe, hero, and adventurer has one if they’re worth their salt. The tale of how joe schmo went from flipping burgers to flipping cars, shooting lasers, wielding magic swords. you know the drill. Well, this is my origin story, and I invite you to join me as I offer this little tale. I hope it helps you avoid rookie mistakes, and gives you some tips and tricks to make your next visit to “con-town” a stellar experience.

Who am I, to offer you guidance down these mean streets? Let me tell you. It all started at the Origins Gaming Fair. Held in Columbus, Ohio every year since 1974, this proud institution revolves around folks like you and me: Tabletop gamers. Whether your preferred fun medium is a board with pieces, a pencil and paper, or something in between, Origins Game Fair exists to cater to you. However, this is no hometown hobby shop: to survive here you will need a plan and a crew. I hope you’re ready, because here we go.

First of all, and I cannot stress this enough, if you want in on a game, sign up early. It sounds like a no-brainer, but there we were, without our brains and, more importantly, without any seats in the main events. Never fear – if you too fell into the procrastination trap, there is still hope in the form of generic game tickets. These were shaped like poker chips and, as of 2019, ran $2 a chip. These simple plastic tokens are your gamer key to get you into any game that is not full, and, with the number of games available, you can find something to suit your fancy. Regular and open gaming events include board game events, card game tournaments, painting contests, and role-playing sessions for popular and lesser-known titles alike.

Every year features a few stand-out releases. Do your homework before you go, because this will affect which games will be open and which ones will be packed to the gills with gamers eager to shoehorn you out of your preferred event. The big ones this year were Pathfinder® 2nd Edition and Shadowrun® 6th Edition, which we were lucky enough to demo.

Modern transportation affords many ways to get to Origins. We chose the open road, all the way from Kansas City, Missouri to Columbus, Ohio. If you plan on following us to Origins, buckle up. You are in for a ten-hour trip across geography that changes very, very little. To pass the time, we downloaded podcasts, read books, listened to musical numbers, and took turns both driving and sleeping. Trust me, kid, there is no better way to get to know people than by driving halfway across America with them, and for us, it was a reward.

The humidity dropped significantly between good old KC and Columbus, which was nice, but pack a light jacket if you are inclined to chills.

Pro Tip: Pack for the trip BACK, not for the trip THERE. Make sure you’ll have enough room in the trunk for all the games you buy because you will be buying games. Trust me. You will.

For accommodations, we stayed at an Airbnb® about fifteen minutes away from the events center. There are hotels closer, and a Hyatt® connected to the event center itself, but we saved a significant amount of cash and got to enjoy the red brick charm of old town Columbus at the same time. If you go this route, it is important to show up early at the event center for parking with money in hand because the lots fill up quickly and typically run about $15 per day.

We chose to drive up on Monday and then spent Tuesday relaxing and playing Gloomhaven – because it is an amazing game. Remember, this is a vacation. Even if you come on some business or another, remember to decompress and relax. Play games, that is why we are here.

When you’ve finished unpacking and getting settled in, we suggest checking in to collect your con badges and tickets on Wednesday. Not only are the lines shorter, but the vendor hall and the events do not even begin until Thursday. This gives you plenty of time to map out your weekend and fix any hiccups in your event registration. We had that problem. One of our group members – my wife, Hailey – was given a tag with the name of TableTop Game & Hobby’s Manager, Walter. That’s not a problem you want to discover when you’re trying to get to your first game of the day. Also, Hailey looks nothing like a “Walter” and simply could not have pulled that off.

Pro Tip: Download the App! Origins has a top-of-the-line convention app that not only maintains your schedule but also sends reminders when your scheduled events are about to begin.

Here are the highlights of my group’s demo and play sessions. We’ve provided the publisher of each title, along with our ratings – one to seven Toebias Toe-Beans, with more Toe-Beans being better (of course!).

Pathfinder 2nd Edition from Paizo Publishing® was fun, but fairly standard when it comes to fantasy RPGs. To quote one of us that played, “It was D&D®.” That makes sense, since it was originally a modified version of Dungeons & Dragons®, and largely developed by TSR® veterans. We gave it a rating of 4.5 Toe-Beans, but then we only got to play for about 45 minutes and didn’t really get in- depth into anything beyond combat. The rules were simple and easy to understand however, and it was enjoyable.

Shadowrun 6th edition, from Catalyst Games®, is awesome. We did not get to play more than fifteen minutes, but from what we saw, we liked it – a lot. The playable characters, setting, and construction were fresh and innovative. if you as a player are growing sick of the repetitive high fantasy settings of most common role playing games, check this one out for a fresh setting and awesome new mechanics. We are very excited to play it again and see how it does when the new Shadowrun Sixth World Core Rulebook releases. Shadowrun 6E got 6.5 Toe-Beans from us.

Vast: The Mysterious Manor, created by Leder Games® , the geniuses who brought us Vast and Root, was a blast. This asymmetrical game allowed us to play as either the paladin, the horde of skeletons, the spider queen, oh, or, of course, the house that was trying to lock everyone inside. This is a really creative game that gets you thinking, and with four “factions” that all play completely differently from the others, it earned 5.5 Toe-Beans from us for replayability alone. We could not stop laughing the entire time.

Grimm Masquerade from Druid City Games® and Skybound Games® , got a solid 7 out of 7 Toe-Beans. It is a hidden role game that doesn’t require any skill with lying. Unlike other hidden traitor games where even the slightest variation in behavior can give you away, this one relies on your skill and how you play your cards, literally and figuratively. I personally did not get to play this one, but two of my companions walked away in love with it. As Veteran gamers, you may recognize them if you have ever played a demo run by them at Tabletop Game and Hobby, and you will know they do not impress easily.

The game that we all had the most fun playing however was another RPG called Lowlife: Rise of the Lowly by Savage Worlds® and Pinnacle Games®. This was our favorite, in large part, because our Game Master was none other than the legendary Andy Hopp, Creator of Lowlife! We met him while buying some of his books for the store and asked if he would run a scenario for us. What started out as a quick dinner and two hour game plan turned into a six hour adventure on Mutha Oith surrounded by T’iznts, Pporks, and an gross amount of fun! We look forward to going back next year to hopefully swindle him into running another game for us. The world he has created is so fleshed out, hilarious, and exciting, so make sure you check out his books when you get a chance. Not only did Lowlife get 7 out of 7 Toe-Beans but also a Toebias Head Boop too.

Well, Citizen, that is my story. I hope you found my reviews and tips helpful. If you’ve walked these same streets before, share some of your own con survival tips and tricks in the comments. otherwise, welcome hero, to a whole new world of nerdiness. Let the games begin. 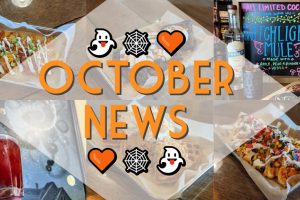 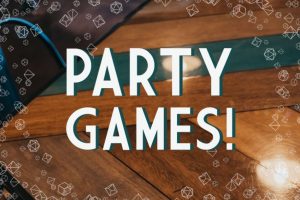 Are you partying with a large group but unsure what[...] 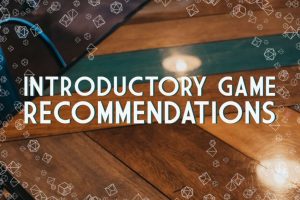 New to gaming and looking for some recommendations? Check out[...]