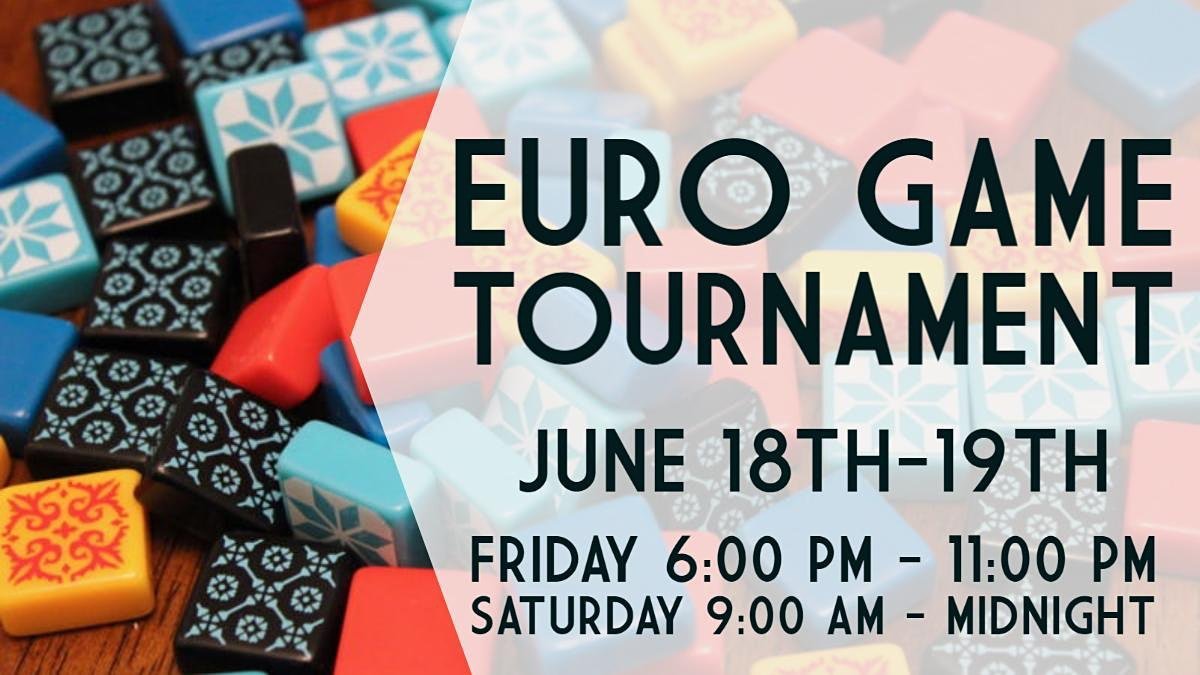 WHAT: Euro Game Tournament will consist of tournaments in four games:

Each game will have three heats, followed by a Semi-Final (depending on attendance) & Final

FOOD: $5 food vouchers at the Cardboard Corner Café included; 10% discount off during tournament

Tournaments in four games will be run (Azul, Catan, Ticket to Ride and Stone Age). Each game will have three heats. Players may play as many heats of each game as desired (within the set schedule). The preferred number of players for each table will be four, with three-player or five-player games used as needed. The results of those heats will determine the players qualifying for the final rounds. Depending on the number of attendees for each game, a Semi-Final may be run, followed by a Final.

A $5 food voucher for the Cardboard Corner Cafe will be included with your registration. In addition, a 10% discount on all food and drinks for tournament participants will also be available.

Plaques will be awarded to each game champion and medals will be given to the finalists of each game. Door prizes will also be provided.